Contact our sales team to get the best solution for you

How we’ll help you succeed

Is Apollo a Smart Choice for Your Business?

Is Apollo a Smart Choice for Your Business?

Find out if Apollo is a smart choice for your business. 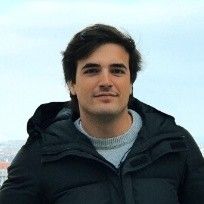 Information about the writer

In this article, we are going to discuss whether Apollo is something that you should be considering implementing in your business or not. To do that, we are going to define what Apollo is, what its features are, and what are its pros and its cons. Read on if you have heard lately about this platform if you are curious about it, or if you are just open to new solutions.

Apollo is a leading data intelligence and sales engagement platform founded in 2015. It is currently working with a wide range of customers, from rapidly growing startups to some of the largest global enterprises. Its community-based approach to crowdsourcing data gives its users maximum coverage while at the same time ensuring data accuracy.

The offer of Apollo

In this section, we will cover what Apollo provides when you purchase their service. Below, there will be pointed out some advantages of the platform and the way its system works.

The company is determined into pouring lots of resources into its success. They are also active in open source, offering in-depth articles about their offer, which is supported by an established presence at the conferences. In general, the system seems to be in good shape for the future. The community is rapidly growing, as more developers adopt it and use Apollo for client and server-side JavaScript applications and else.

The platform ecosystem offers solutions for the majority of its challenges. Beyond that the fact that we are able to see clearly how much the ecosystem is growing, the company has recently announced an update for Apollo and another library that can be used with Apollo's tech stack at every other technology conference. Apollo is not just covering GraphQL, but they also have invested themselves in REST. This thing takes GraphQL beyond the network layer and remote data, which permits to have the offering of a state management solution for local data, as well.

The service consists of a considerable number of libraries for implementing an effective GraphQL tech stack for JavaScript applications. The libraries are open-sourced in order to be more manageable. For example, Apollo Link provides an API for chaining different features into a GraphQL control flow. This way, it makes it doable for automatic network retries or REST API endpoints instead of a GraphQL endpoint, which is quite helpful.

Apollo is also offering exchangeable libraries. It works like any other cache advertised by Apollo or its community because the client itself isn't biased toward the cache where the data is stored. Now, there are existing caches available that can be used to set up an Apollo Client model.

Although lots of pain points are eliminated using a GraphQL library such as Apollo Client, given that it takes care of state management for remote data, some developers are still confused about where to place other state management libraries. Yet, that process can be made even simpler by using these libraries for local data only and leaving the remote data to Apollo. Now, there is no longer a need to fetch data with asynchronous actions in Redux. In fact, the remaining application state is simple enough to be managed by React's local state instead of Redux.

Furthermore, the platform has already released its own solution for managing the local state, which is supposed to be managed by React's local state, Redux or MobX. They are able to realize it by embracing GraphQL for every process. The Apollo Link State library enables the management of local data with GraphQL operations.

In this section, we will cover some of the things that Apollo needs still some improvement in. The following list mentions these cons about the platform.

The Apollo team and community have been implementing many new features in the last times, but going so fast usually comes with a high price.

Rapid development comes with the price of neglecting obsolete earlier versions. That is one of the main reasons why people seemed very confused when Apollo abandoned Redux as their internal state management solution. Apollo is not dogmatic about how Redux should be used side by side with it. However, since it has been abandoned as an internal state management solution, many people did not know how to proceed when Apollo 2.0 was released. It is likely that the team behind Apollo might be struggling to keep up with the fast-paced GraphQL ecosystem. Therefore it is not always so simple to heed all voices in open-source development.

2. Its Bold and Fashionable State

Apollo is bold given that it is moving beyond being a network layer ecosystem between client and server for GraphQL in JavaScript, whilst positioning itself as the data management solution of the near future. Many experts are skeptical about the "GraphQL everything" mentality, but only time will tell if it corners that market or it does not.

Furthermore, the people who run the business make it fashionable because it keeps up with the latest trends. Apollo advocates for render props over higher-order components, and it makes it unclear if this was hype-driven development or marketing or if they truly are convinced that this is the way of things from now on.

Although Apollo is a great solution, it is not a general one. In some cases, it is not the best option. That is why we present to you Scalestack, an alternative to Apollo that operates in a similar manner.

With Scalestack, you can leverage B2B data that is hard to find and integrate it with existing tools to speed up your GTM activities and automate your sales & marketing processes. You should try it out if you are fed up with Apollo, or even if you are looking for new and fresher experiences in the market.

Now that you were introduced to all that you need to know about Apollo, taking into account its nature, its pros, and its cons, you can make your choice and decide whether Apollo is a good fit for your business or not.